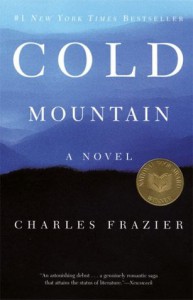 The book has progressed and Inman has just been through being caught by military force that has been looking for him. He and Veasey are marched across the country back along where they had already ventured. Finally after a long time of walking, the gaurds decided to shoot the men. The men were shot and buried in shallow graves. Inman escapes the shooting from the gaurds with a slight head wound and Veasey died. The view of the story then goes back to Ada. She works very hard and tries to get closer with nature while at it. This story became very sad when the men were shot and barely buried, and I am excited to see more of how Ada is adapting to her life and trying to find peace within herself and nature.